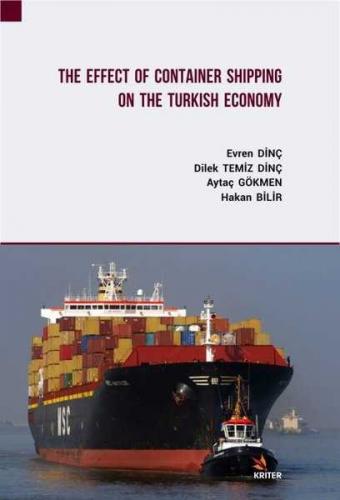 The Effect Of Container Shipping On The Turkish Economy

The Effect Of Container Shipping On The Turkish Economy
Kriter Yayınevi
12.50

As a result of co-integration tests, the existence of a positive bi-directional relationship has been found between TEU-type total handling which represents the container transportation in the long run andreal GDP (Gross Domestic Product) which represents representing economic growth.

As a result of the Granger causality test -although the sign of the relationship is not clear in the short term – it has been understood that actual changes in income affect the changes in the total handling. As a result of the impulse response analyze, the effect of change in real income have always positive effect on total handling except for the 5th and 6th periods; as a result of the variance degradation. 69percentage of change in total handling is explained by variable itself and 31 percentage is explained by reel GDP. It is concluded that there is a positive meaningful relationship between the change in the real income and the change in the total handling in the result of the estimation of the OLS. Accordingly, as a result of the findings, it is seen that there is a relationship between economic growth and container transportation in both short and long terms. Having a sustainable rate of economic growth in Turkey, especially in short run will also increase total container handling in terms of TEU. Besides especially in the long run, increase in total container handling in terms of TEU triggers the increase in economic growth. In this regard the container transportation have said that it is very important for Turkey.